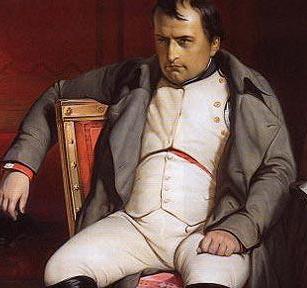 On Sunday, the 18th of June 1815, the French army, some 72.000 men commanded by Napoleon, faces the Anglo-Allied army led by Arthur Wellesley, Duke of Wellington, consisting of 68.000 men from Great Britain, Hanover, the United Netherlands, Brunswick and Nassau.
After returning from exile, Napoleon made a dash for Brussels, trying to defeat the Allied forces with one of his favorite tactics: dividing the enemy armies and picking them off one by one, rather than fighting them all at once. While on Napoleon's right flank his marshall Grouchy tried to drive away from the Anglo-Allied army the Prussian forces led by Blücher in the Battle of Wavre, Napoleon would crush Wellington in the Battle of Waterloo. 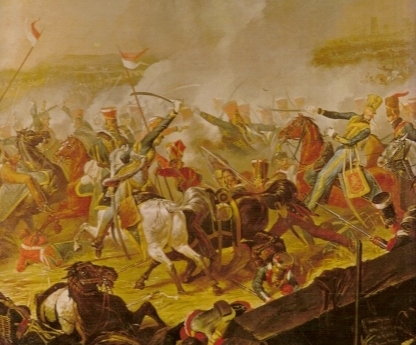 History choose another path. While Grouchy fought Blücher's rearguard, Blücher showed up in time at Waterloo with some 50.000 men and the combined Allied forces defeated Napoleon, this time for good. For more information, see the Wikipedia page.

Overview Napoleon at Waterloo, the game

Napoleon at Waterloo is a classic, light, intro wargame. With some 6 pages of rules, it's as easy to learn as Monopoly or Game of Life and amongst wargamers it fits the category they call Beer and Pretzels wargames. The game is about the Battle of Waterloo, with the French fighting the Anglo-Allied army, while the Prussian army arrives as reinforcements.
Alternate history scenarios are possible, with the Prussians arriving not at all and Grouchy coming to Napoleon's aid.
The game consists of 73 playing pieces. The board is 17x23 hexagons (hexes) big. Stacking limit (number of units allowed in one hex) is 1 unit per hex. So not only is it a light wargame, it's also a pretty fast playing game.

In Napoleon at Waterloo, one player plays the French, taking the role of Napoleon. The other player commands the Allied Forces, both the Anglo-Allied army commanded by Wellington and the Prussian forces commanded by Blücher.
Both sides will have to try to eleminate a set number of enemy units. On top of that, the French will have to try to exit 7 French units on the North side of the map, basically on the way to Brussels. To do this, the French must break through the Anglo-Allied line, before the Prussian reinforcements are able to play an active role in the game.

Napoleon at Waterloo was first published in 1971 as a gift to new subscribers of the S&T Magazine (a wargame magazine). It was a year in which most of the best stuff was produced :-) Nowadays, it's a free Print and Play (PnP) game. Several versions can be found on the internet to download and make your own game. However, most versions use rather small maps and (in my opinion) ugly counters, so I produced my own. To get the free PnP version, go to the Napoleon at Waterloo PnP page. I made a new, bigger layout for the board and totally redesigned the counters.

Though Napoleon at Waterloo is a light wargame, it teaches a lot of rules and concepts which are the basis for other, heavier wargames:

As such, it's a great gateway game or game for wargamers to introduce new people to the wargaming hobby. For the rules of this game, go to my Napoleon at Waterloo rules page.

Although there are already at least three sets of free counters of different designs avalable, I decided to make my own. I wrote a small overview of the why and what on the counter design explained page.