> games > victory in the pacific

Victory in the Pacific

Victory in the Pacific is a classic wargame. Now only available second hand. According to some wargamers it was the first wargame with so little rules that it reached the broad public. Many issues which were earlier addressed with hundreds of rules and dozens of tables were now settled with a diceroll. This gave the game its nickname: Yahtzee in the Pacific.

I think it's a very good game. Light, indeed, for a wargame. And yet a number of issues which had to be overcome by the admirals of that part of history.

Below a reference sheet. So that 'those few rules' are clear and accessible for fast reference during play. 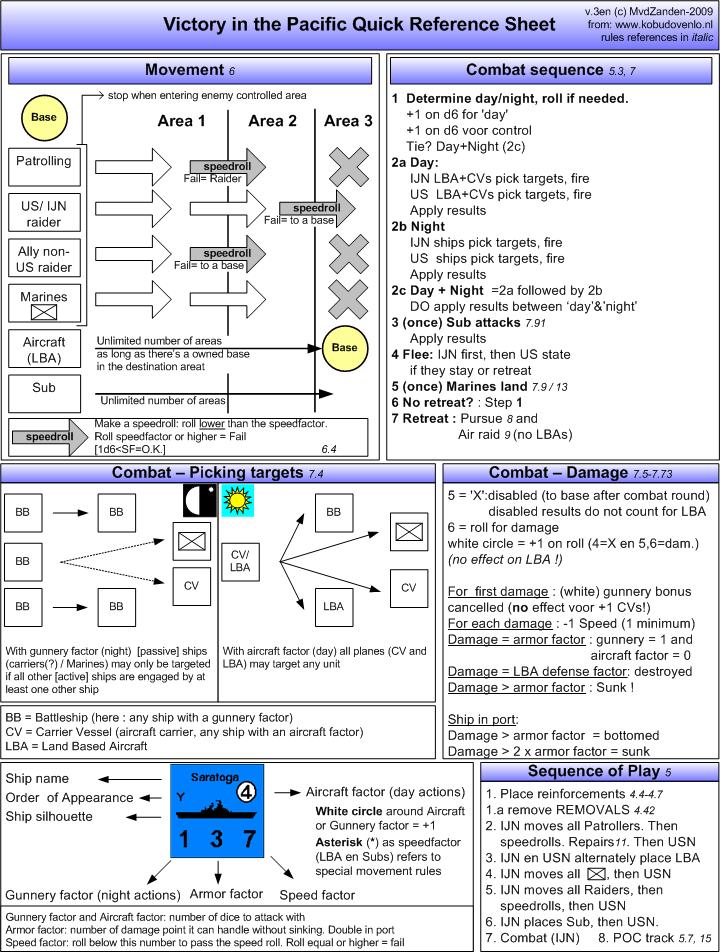 This Victory in the Pacific reference sheet is also available as PDF.

Although I've never tried it myself, VitP can also be played over the internet (PbeM* or vFtF*), for example by using Vassal, a Java program which can be downloaded for free and with which you can play a number of boardgames.

*PbeM: Play by e-Mail, meaning players mail each other their moves. vFtF, virtual Face to Face,both players are online. If one player moves a piece, the other player sees that piece move on his screen. 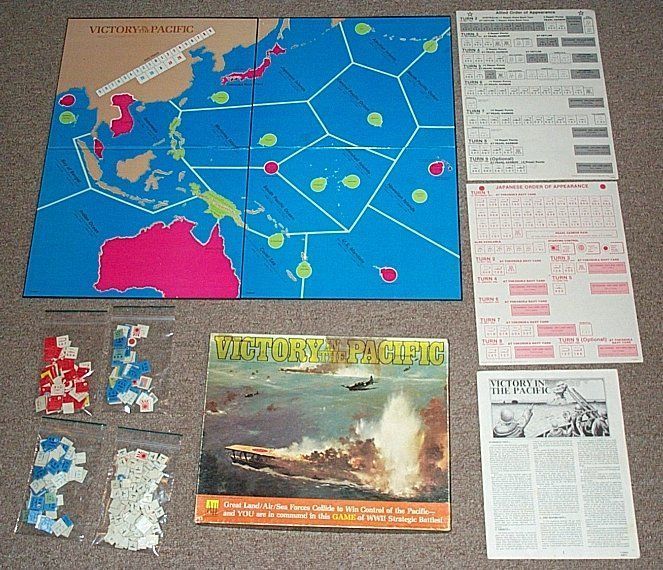 Lastly, if anyone has any good tactics, I'll gladly read them & upload them here:-) Just contact me.